LEE CO., FL. – Sources close to the story have informed us that Clayton Jennings was arrested on 13 June 2019 arrested for assault with threats of intimidation.  Due to the nature of the crime, we have chosen to remove the identities of the victims in this case, particularly because one is a minor.

The former disqualified evangelist was defrocked by his home church in 2016 for allegations that he had sex with females to whom he had earlier singled out during his evangelistic campaigns. During investigation in 2018, Jennings issued counter-claims allegedly meant to intimidate the young women that were attempting to stand up to a man who was for all intents and purposes positioned as a sexual predator.

Jennings further issued threats toward some of those who reported his predatory behaviour, including Pastor Jordan Hall of Fellowship Baptist Church in Sydney, Montana, who had also worked confidentially with some of Jennings’ victims. In a Facebook Livecast on 20 September 2019, Pastor Hall stated, “My friends, God will not be mocked, and when you sow the wind, you will reap the whirlwind,” referring to the self-destructive path of sin Jennings has followed.

Jennings even went so far as to issue threats against Pastor Hall and members of the Pulpit and Pen organization that Hall publishes.   Some of CJ’s misguided followers also offered similar threats.  These threats, according to Pastor Hall were evaluated at the time by the FBI and some other local law enforcement agencies.

Some have accused Pulpit and Pen for rehashing old news because of the date of arrest, but one could hardly think that – these allegations only surfaced finally over the course of last weekend.

From a Christian perspective, one thing is certain.  We should pray that God would grant Mr. Jennings repentance and forgiveness for his public misdeeds and work in his life to restore him to the Lord.  After all, David committed both adultery and murder – both sins punishable by death under the law – and God restored David.  Our Sovereign Lord can do it if He wills. 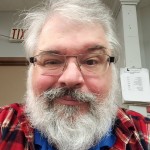